Fingerprints are curved patterns on the fingertips that everyone has since birth as a physical attribute.

Because it's highly unlikely to overlap with others, be lost, or be forgotten, it has been used as a means to authenticate the identification.

Recently, it has been adopted in smartphones, and it has been increasingly used as a secure method of verifying identity.

If you put your finger on the fingerprint sensor of the smartphone,

it will recognize your fingerprint. In general, fingerprint sensors are additionally attached to devices.

To enhance the usability of devices, they are required to be small and thin.

To meet such a need for ultra-thin sensors, lamination technology is critical.

It is key to ensure that chips are adhered with each other and with the circuit without increasing the volume.

For this, an adhesive film called DAF (die attach film) is used.

DAF is an ultra-thin film adhesive used to attach semiconductor chips and circuit boards, or chips with other chips in the semiconductor package process.

It is a necessary material when producing flash memory in the semiconductor back-end process.

The excellent reliability and ease of process enable the lamination and production of thin semiconductor packages. 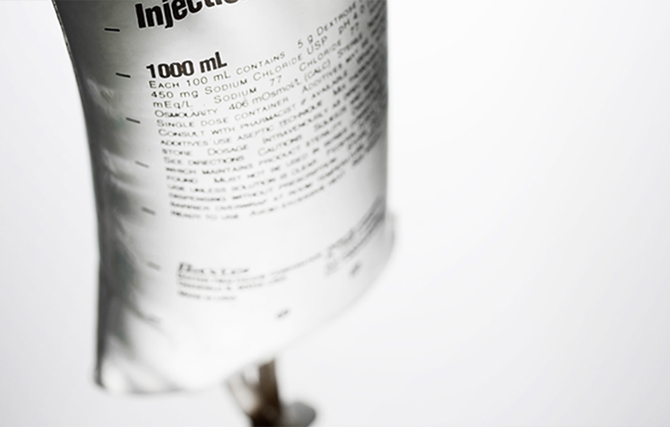 Next Next [PP] Enhancing the safety of medical IV fluid packaging