LG Chem Reports 2019 Earnings-Sales KRW 28.6 Trillion / Operating Profit KRW 895.6 Billion■ FY2019 Business Performance  ▷ Sales: KRW 28.6 trillion (1.6% YoY growth)  ▷ Operating profit: KRW 895.6 billion (60.1% YoY drop)■ 4Q Business Performance   ▷ Sales: KRW 7.46 trillion (1.6% YoY growth)   ▷ Operating loss: KRW 27.5 billion        - Impact of one-off cost related to ESS ■ FY2020 Sales and Investment Prospects   ▷ Sales: KRW 35.3 trillion (23.4% YoY growth)   ▷ Facility investment: KRW 6 trillion (13.0% YoY drop)■ VP/CFO Cha Dong-Seok “We will secure a stable profit structure by stabilizing the petrochemical market conditions and significantly expanding Energy Solution Company.”
■ Yearly and 4Q Business Performance in 2019 LG Chem announced on February 3 that it achieved ▲ KRW 28.6 trillion in sales and ▲ KRW 895.6 billion in operating profit.Revenue grew 1.6% YoY, the highest growth ever, but operating profit dropped 60.1% YoY.In 4Q, the corporation posted sales of ▲ KRW 7.46 trillion and an operating loss of ▲ KRW 27.5 billion. Revenue increased 1.6% YoY, but operating profit turned to the red.“We have achieved record-high sales in the year through continued growth of the Energy Solution Company despite the US-China trade disputes and the global economic slowdown, although the impact of one-off costs related to ESS reduced the scale of the company-wide profit,” said LG Chem’s Vice President/CFO Cha Dong-seok.“Particularly, in 4Q, operating profit turned to a loss due to one-off expenses, but there were also significant achievements, such as the Petrochemicals Company maintaining solid profitability despite the off-season circumstances and deteriorating market conditions, as well as the Energy Solution Company’s performance that nearly reached the break-even point in electric-vehicle batteries,” he added.
■ Plans to Achieve KRW 35.3 trillion in Sales, Invest KRW 6 Trillion in Capital Expenditure in 2020LG Chem has set its sales target for this year to KRW 35.3 trillion, an increase of 23.4% over the previous year, and decided to execute KRW 6 trillion in CAPEX, down 13.0% year-on-year.The specific business prospects for each business sector are as follows.The Petrochemicals Company projects to enjoy robust growth in downstream products such as ABS and PVC, and further deterioration in the market due to the adjustment of operation rates and the concentrated regular maintenance of major companies is expected to be limited.The Energy Solution Company expects to see continued sales growth from increased shipments of electric-vehicle batteries, and improved profitability through the stabilization of new capacity yields.The Advanced Materials Company will focus on securing mid- to long-term growth engines by upgrading its business portfolio centered on OLED materials, while the Life Sciences Company will expand sales of major products and reinforce R&D investment to develop new drugs.On this year’s annual business outlook for the year, “Although there is a great amount of external uncertainty, such as a shrinking demand in the major markets, LG Chem will continue to secure a stable profit structure by stabilizing the petrochemical market conditions and significantly expanding Energy Solution Company,” said Vice President/CFO Cha. 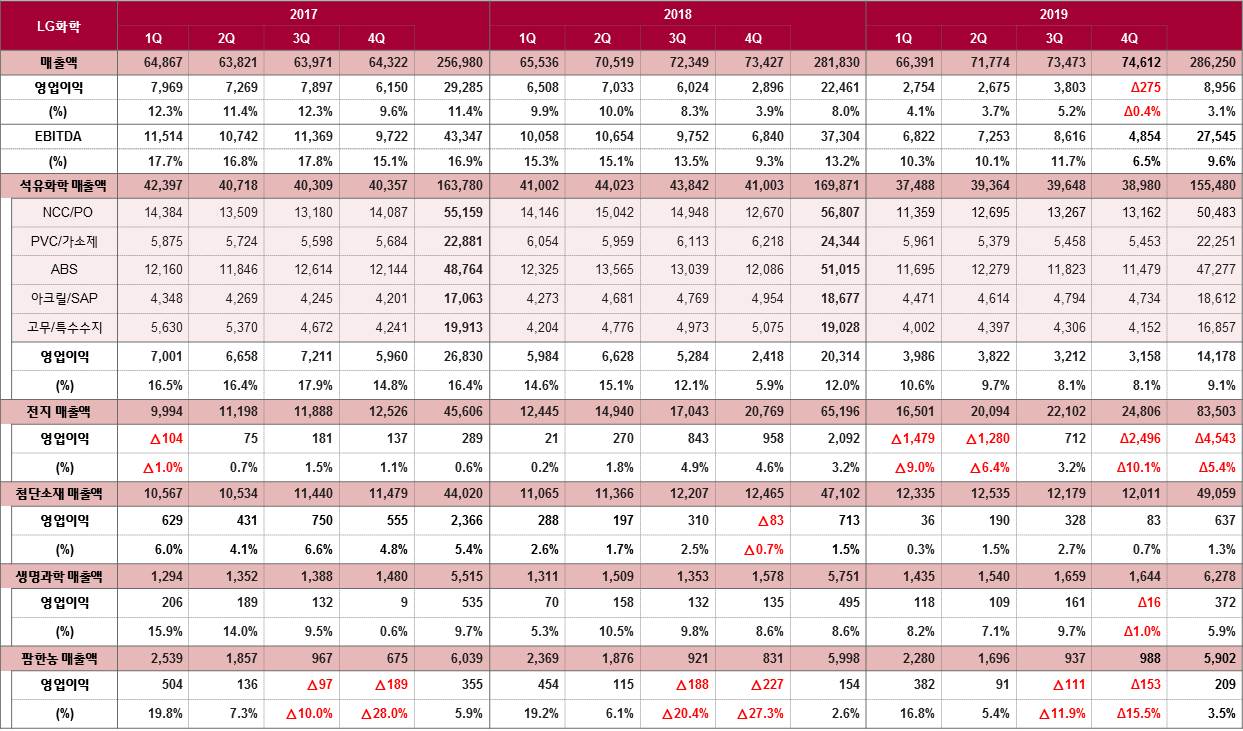 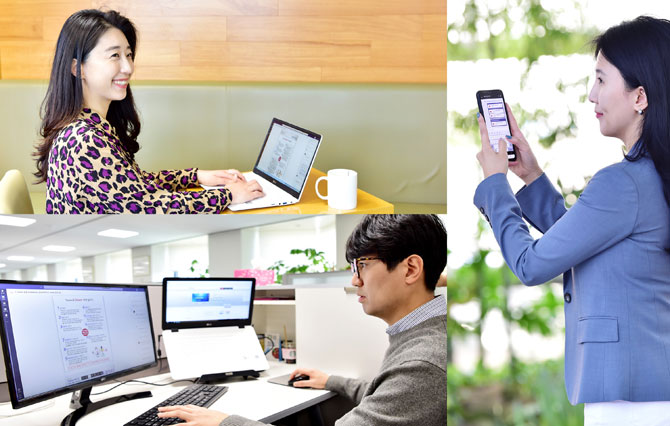 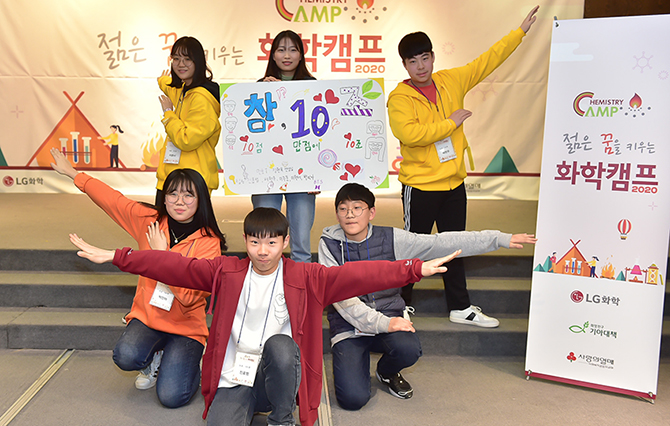