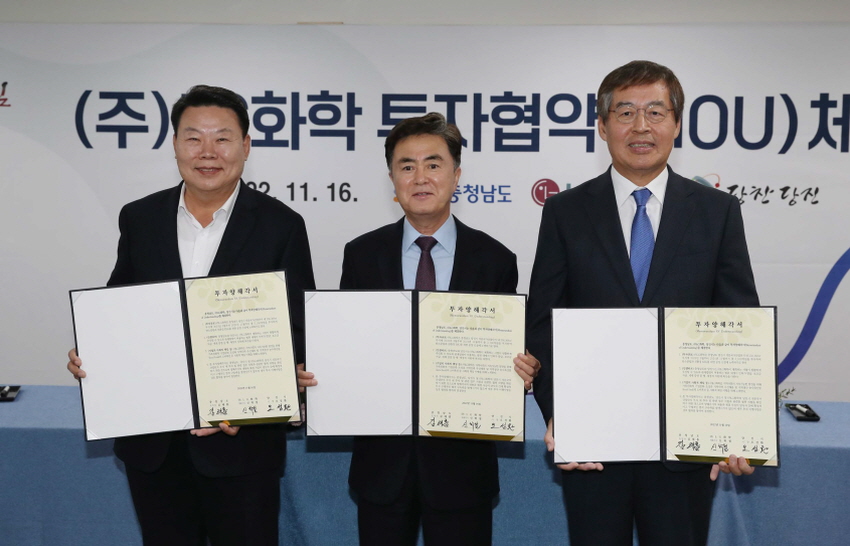 LG Chem Spurs Investments in Future Materials in Dangjin, Chungnam■ Construction of a new chemical recycling pyrolysis oil plant and next-generation insulation aerogel plant □ Construction to begin by Q1 of next year with goals to start mass production by 2024 ■ On the 16th, entered investment MOU on the establishment, support, etc. for a new plant with Chungnam Province and Dangjin City □ To be actively utilized in a new business sector at a 240,000m2 site in the Seongmun National Industrial Complex □ Expected to contribute directly and indirectly to creating jobs and promoting the local economy ■ Chief Executive Officer Hak Cheol Shin,“We will accelerate efforts toward sustainable growth and development together with Chungnam Province and Dangjin City”


LG Chem accelerates the construction of plants for fostering next-generation materials in the petrochemicals sector.LG Chem announced on the 16th that it will promptly begin construction of a pyrolysis oil plant by investing about 310 billion KRW by 2024 at the Seongmun National Industrial Complex in Dangjin, Chungnam to establish a plastic circulating economy while also newly building an aerogel plant that is known to be a next-generation insulation material. The goal is to begin construction for both plants by Q1 next year and commercial production by 2024. Earlier this year, LG Chem announced that it would construct the nation's first supercritical pyrolysis oil plant and completed licensing and authorization procedures to enter the Seongmun National Industrial Complex in June. Supercritical refers to special heat sources generated in the steam state with temperature and pressure exceeding the critical point of water, and it acquires both the solubility of liquids and diffusion of gases, thus making it useful for extracting specific materials.Aerogel is a high-performance insulation material composed of more than 95% gas and is known as the lightest solid in the world. It is drawing attention as a next-generation material that is as light as air but does not get wet by water and has non-burning features making it possible to withstand high heat. The global chemical recycling market in terms of pyrolysis oil extracted from waste plastic is expected to grow from 700,000 tons in 2020 to 3.3 million tons by 2030 to grow at an annual average of 17%. Furthermore, the aerogel market is also expected to grow with the increase in demand for industrial insulation materials such as eco-friendly energy (liquefied hydrogen) transportation and storage, prevention of battery thermal runaway, etc. Starting with constructing the pyrolysis oil and aerogel plant, LG Chem plans to foster the Dangjin business site in Chungnam into the mecca for the eco-friendly and future-prospective materials business. Entered Investment MOU with Chungnam Province and Dangjin City for the Establishment and Support, Etc. of New PlantsMeanwhile, LG Chem entered an MOU with Chungnam Province and Dangjin City in order to smoothly promote the planned investments. Key local figures such as Chungnam Governor Kim, Tae Heum and Dangjin Mayor Oh Seong Hwan as well as LG Chem Chief Executive Officer Hak Cheol Shin attended this event.With this MOU, LG Chem agreed to actively utilize the 240,000m2 site at the Seongmun National Industrial Complex in Dangjin, Chungnam for the construction of the new plant and the related materials and process sectors. Chungnam and Dangjin plan to provide a wide range of administrative and financial support so that the future businesses of LG Chem can be promoted smoothly. LG Chem expects that this investment will directly create around 150 jobs and that it will also positively contribute to invigorating the local economy. At the MOU signing ceremony, Chungnam Governor Kim, Tae Heum stated, “Chungnam will assertively unfold policies that are advantageous to do business so that LG Chem will be able to grow more and develop further at a place where companies and the community can coexist.”LG Chem Chief Executive Officer Hak Cheol Shin commented, “Based on our firm cooperative relationship with Chungnam Province and Dangjin City, we will further accelerate sustainable growth and development.” 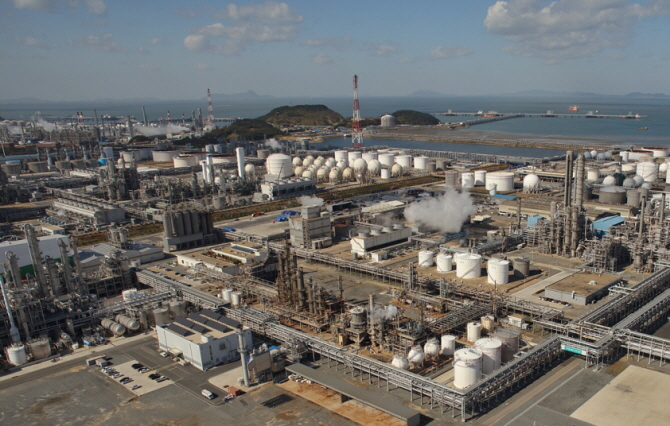