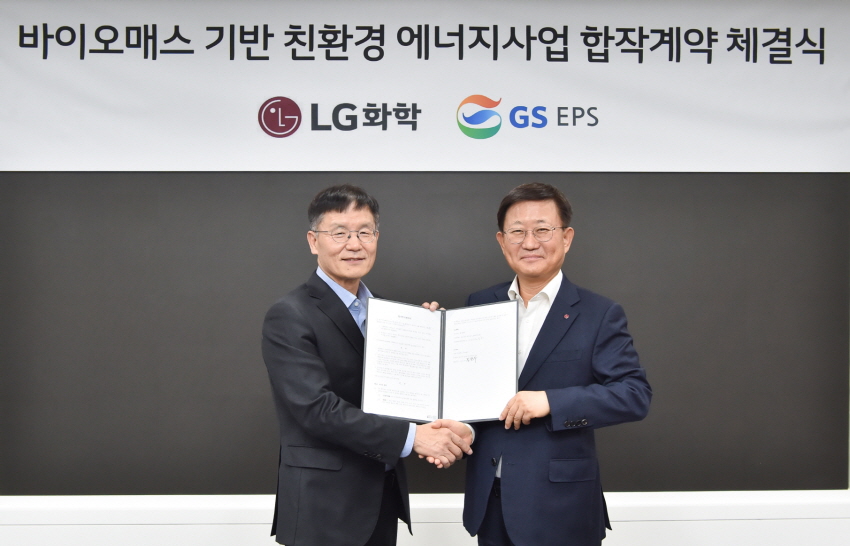 “Using Waste Wood to Operate Plants and Reduce Carbon Emissions” LG Chem and GS EPS Constructs Biomass Power Plant■ On the 20th, signed the main contract for the biomass power plant that will produce industry-use steam and electricity using waste wood□ Total investment of 320 billion KRW at the LG Chem Yeosu Hwachi Plant with the goal of beginning operations by the first half of 2026□ Reduce 400,000 tons of carbon emissions annually using wood wastes as raw materials that would otherwise be incinerated or buried in landfills ■ KUG LAE, NOH (Executive Vice President / President, Petrochemicals Company) “LG Chem will continue its efforts to become a company that leads eco-friendly innovation.”


LG Chem will team up with the eco-friendly energy company GS EPS to convert heat sources, which are energy needed to operate plants, to biomass fuel.On the 20th, LG Chem announced that the main contract for establishing a biomass power plant that will produce industry-use steam and electricity using waste wood was entered at the Yeouido LG Twin Tower with the attendance of executives from both companies such as Petrochemicals Company President KUG LAE, NOH of LG Chem, and CEO JUNG, CHAN-SOO of GS EPS. This agreement follows up the conclusion of the Heads of Agreement (HOA) signed by the two companies in June of last year.LG Chem and GS EPS will establish the biomass power plant called “Yeosu Green Power” by investing a total of 320 billion KRW at the LG Chem Hwachi Plant in Yeosu with the goal of beginning operations by the first half of 2026. The biomass power plant built jointly by the two companies will turn waste wood from homes and industrial sites in Korea that are usually incinerated or buried into the form of woodchips to be used as raw materials. As waste wood is treated as a resource that cannot be recycled, generation using this is not viewed as using forest resources as energy. Therefore, it is recognized as sustainable biomass not only in Korea as well as in the European Union.GS EPS is Korea’s first private power producer, and it possesses accumulated business capacity and operational know-how in the eco-friendly energy and generator sector, as well as a domestic woodchip supply chain network. Yeosu Green Power is expected to produce steam (heat source) and electricity needed for LG Chem’s Yeosu Hwachi Plant, thereby reducing carbon emissions by 400,000 tons annually. This is equivalent to planting 2.8 million pine trees.The two companies anticipate that this will accelerate the age of carbon neutrality by using sustainable fuels and contribute to constructing a circular economy. Also, the electricity produced by the power plant will be sold directly to LG Chem through the renewable energy PPA (Power Purchase Agreement). Regarding this cooperation, GS EPS CEO JUNG CHAN-SOO said, “We will continue our partnership with LG Chem, which is the leading company for net-zero in Korea based on the core eco-friendly energy capacities of GS EPS.”LG Chem Petrochemicals Company President KUG LAE, NOH commented, “Carbon reductions through this biomass will become a key element for achieving 2030 carbon neutrality together with major initiatives currently being promoted such as recycling, biomaterials, etc.," while adding, “LG Chem will continue its efforts to become a company that leads eco-friendly innovation.” 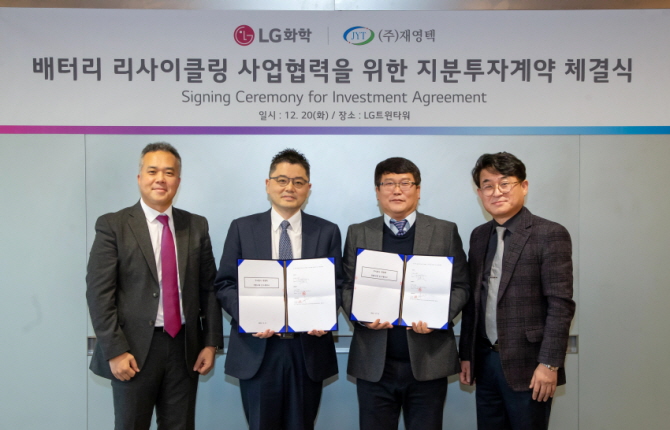