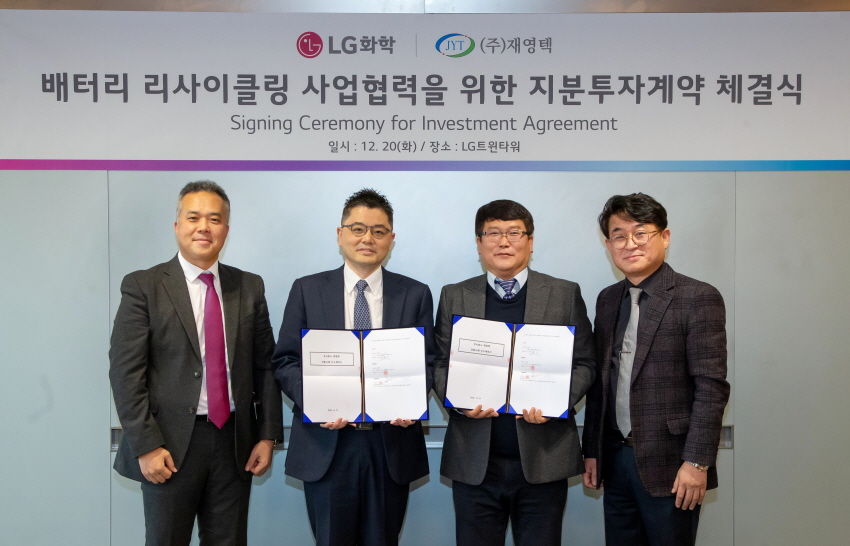 LG Chem Makes Equity Investments in Battery Recycling Company, Jae Young Tech ■ Signed agreement to acquire shares on 21st... Goal to establish a recycling joint venture in North America by the end of 2023□ LG Chem to lead the overall business of the North American joint venture and Jae Young Tech to be in charge of technological issues□ Heighten purity with technologies for extracting lithium first... World’s best recovery rate at over 85%■ Vice President Sanghyub Lee of the Corporate Strategy Department “We will establish the cornerstone for entering the global battery recycling business through equity investments.”“We will secure competitiveness through distinguished technologies and take the lead in building a circulating economy in the future.”

LG Chem will team up with Jae Young Tech and accelerate its entry into the North American battery recycling market. LG Chem announced on the 21st that it entered an equity investment agreement worth 24 billion KRW with the waste battery recycling company, Jae Young Tech, at the LG Twin Towers in Yeouido, Seoul.Based on this equity investment, the two companies plan to establish a battery recycling joint venture in North America by the end of 2023. LG Chem will lead the overall business such as establishing the business model, and Jae Young Tech will be in charge of technological issues including plant design, etc. LG Chem and Jae Young Tech also plan to advance their business by cooperating with local companies that possess supply chains in North America. Jae Young Tech was founded in 2016 and is located in Gumi of Gyeongsangbuk-do, specializing in battery recycling. The company possesses the technology for extracting high-purity lithium from the lithium wastes (scraps) remaining after use by secondary battery manufacturers or from used batteries. The conventional methods in the industry place batteries in a liquid to melt and extract manganese, cobalt, nickel, etc. in order and then extract lithium at the very end. The fact that after melting various materials, impurities would form in the liquid, thus lowering the purity of lithium. And this is pointed out as a chronic problem.Jae Young Tech used a different method to extract lithium first by applying heat to battery materials and then treating manganese, cobalt, and nickel in the post-process. This process is simple, and it can maintain the purity of manganese, cobalt, and nickel at levels equivalent to existing methods while also being able to extract highly pure lithium. The lithium recovery rate is also over 85%, which is rated as the world’s best level. LG Chem partnered with LG Energy Solution and invested 60 billion KRW in North America’s largest battery recycling company ‘Li-Cycle’ as part of its efforts to take the lead in the battery recycling market. LG Chem Vice President Sanghyub Lee of the Corporate Strategy Department commented, “We will establish the cornerstone for entering the global battery recycling business through equity investments,” and added, “We will secure competitiveness through distinguished technologies and take the lead in building a circulating economy in the future.” 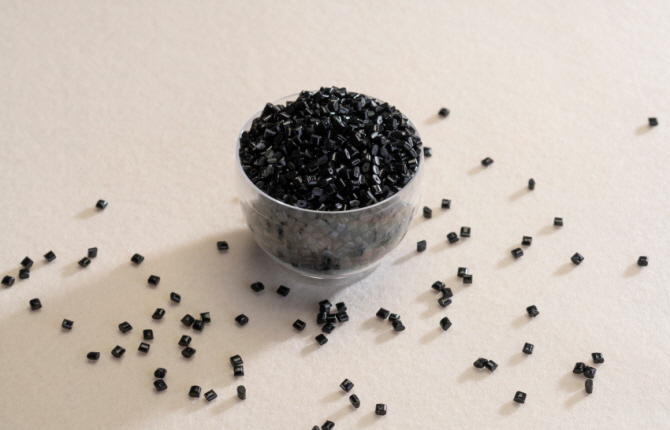 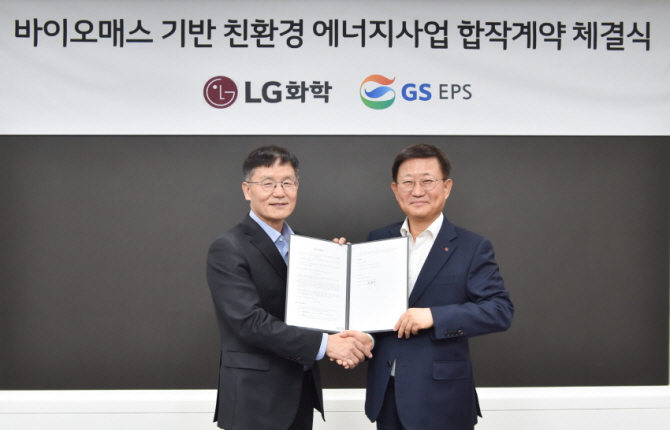